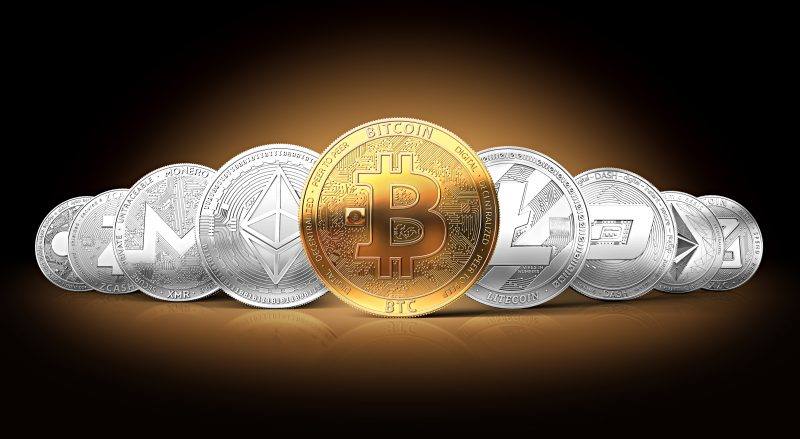 “Out of the thousand plus cryptos out there, which ones should I look into and track seriously?”

The total number of cryptocurrencies crawling all over the crypto space is now no less than a thousand. And more cryptocurrencies are rising by the minute. A little more than a decade since the first digital currency and we’ve had cryptocurrencies that failed their hyped potential and other ones that surprised us. In this article, we will be listing the top five cryptocurrencies you are better off paying attention to at the start of a new decade.

We will touch on the past history, performance, and reliability of these digital currencies. While 2018 was a generally terrible year for the crypto space in general, especially following closely the massive highs of 2017, last year was a breath of relief, even if unremarkable compared to the evolution of cryptocurrencies in the past decade. Regardless, with the amount of drama that has happened in the space of the first month of the year alone, who’s to say we are not in for surprised markets this year. Thus, we present to you, the top cryptocurrencies you don’t want to miss this year.

If we are expecting a surprise, well, this is certainly not it. Bitcoin has been the best performing cryptocurrency in the space for a decade straight now, and even in 2020, no other cryptocurrency seems to be coming close.

The leading digital currency which was created in 2009 has since risen in stock and value within a short period, and barring a surprise bearish year, it looks well on course on maintaining its reputation. After hitting a peak of more than 20, 000 US dollars in 2017, the cryptocurrency would plummet to unfathomable low levels the following year. BTC started 2019 with low liquidity and expectancy, debuting at 3,717 US dollars. After closing the month with a little above the 4000 USD mark, it dropped again in February below 3500 USD and could only finish the month a little above the mark at 3,784 USD.

BTC resumed the second quarter in dour mood and market cap, but the second quarter would see the leading cryptocurrency record its highest valuation for the entirety of 2019 at 12, 575 USD on June 10. Its price cap would drop later towards the end of the quarter, even after breaking records it had not reached in the past terrible 12 months.

BTC started the third quarter in 2019 at a low $7944 and would rise steadily towards the next quarter to heights above 9000 USD, only to drop significantly in December. After stabilizing for a while a little below $9000, BTC would officially close the year a little above $7100.

2020 has however seen a moderate string start to BTC, as the cryptocurrency has climbed steadily, albeit unremarkably within the last 30 days. If any currency should be having our attention, ten Bitcoin sits comfortably on the top of the pile.

Ethereum has been the closest cryptocurrency to being a competitor for Bitcoin. Created in 2015 by the brilliant Vitalik Buterin and a team of others, the cryptocurrency and its robust blockchain platform has risen in stock over the years.

While the cryptocurrency could be considered a competitor in its own right, it is however much different to the Bitcoin, and its blockchain serving thousands of companies and developers across the world is a whole different crop of the community itself.

Ethereum is a decentralized software platform, that has made Smart Contracts and Decentralized Applications (DApps) a common feature of the more mainstream space, introducing alternative solutions to fraud control, interference, cryptographic agreements, etc.

The Ethereum platform is designed to operate without any external control, downtime, fraud or interference from a third party. The applications on Ethereum are run on its platform-specific cryptographic token, ether.

Ethereum started 2019 down more than 90 percent of the all-time high it set in 2017. Its growth, however, was steady as it closed on a high after the first quarter. It would begin the second quarter at $142, with the second quarter proving to be its best quarter throughout the year, as is the case with Bitcoin. An occurrence that has been one of the major pointers showing the gulf between the two currencies. Ethereum along with other cryptocurrencies have their performance correlating with BTC and it doesn’t look set to end in 2020. However, we can be content with the fact that Ethereum’s thriving blockchain platform and remarkable market valuation is enough proof that the cryptocurrency is here to stay.

XRP has the third-largest market valuation in the space. Founded in 2012, the coin has an intentional focus and has been created as a solution to making international transactions as fast and easy as possible, with integrative solutions being created by the year.

Ripple has launched a number of solid flagship products such as xRapid now employed by more than a hundred institutions in making international payments. Ripple’s XRP, like others, started the year on a low but would reach even further lows at the end of the year. Like Bitcoin and Ethereum, it recorded its highest value in the second quarter on June 25 at 0.47 USD but would close the year at a meager 0.19.

XRP has begun the year unremarkably unlike Bitcoin’s fair performance, but its platform is becoming a stronger competitor to SWIFT with every passing month. If any cryptocurrency has got the biggest chance of surprise, then the XRP has it.

Binance Coin was created and released by Binance Exchange in 2017 and has risen in stock and potential even within the short time of its existence. Its fast growth, of course, is not disconnected from its size and influence as one of the biggest exchanges in the world.

BNB is an ERC20 token issued on the Ethereum blockchain. With the cryptocurrency, you can pay a commission for transactions on Binance exchange at significant discounts.

BNB had a generally successful 2019 only to end the year on a low. After beginning the year with a meager $5.93, it rose quite steadily to its record high for 2019in the second quarter in June at $38.48. BNB would, however, close the year with a little above $19.

With over 4 billion Tether coins (USDT) circulating in the cryptocurrency market, it is difficult for other stablecoins to even compete. Tether is the only stablecoin on our list and rightly so. It is a digital currency backed by the most used fiat currency: the US Dollar. While the coin has been shrouded in controversy since it launched especially in 2018, it has however continued to shatter records, bullishly dominating other stable coins on the market despite coming a bit later than others.

Tether is sometimes referred to as the ‘central bank of cryptocurrency’, and with its impressive and consistently increasing market capitalization which now stands above 4.6 billion U.S. dollars, it is only wise you keep an eye on its development in 2020.