VCs or Venture Capitalists are going to be awakened towards a new reality that is likely to kick-in soon. Ways to raise funds may not be dominated by VCs afterall. Times are changing.  The ICO era may be dead but ICO version 2.0 is just be around the corner.

You’d be surprised if I told you this, but VCs do not care much if the companies they are funding goes topsy-turvy or shuts down. This is probably due to the fact that VCs stand on cashing out quickly without considering building up a strong community first. But garnering community backing takes time and perhaps VCs are just too impatient and always aim to take on largest market share, wipe out the competition and to generate maximum profits.

This is pretty apparent when you take a look at the some of the examples I’ve included in here. VCs desire to cash out is so strong that they will likely do an IPO just in-time, before something bad happens to the company.

New technology being supported by public blockchains is really making the VCs rethink on their business strategies. I’m talking about the infamous ICO or Initial Coin Offering. There is evidence showing ICOs are likely to make a comeback and startup founders are closing the doors of VCs behind them to revisit crowd-funding as the best way to not on,y raise funds for their projects quickly but to garner a strong community following.

Wait! You may be wondering, how come? Hasn’t the world seen enough of the ICOs pump and dump scam tactics already? Hold on. I’m talking about a whole different ICO here. One with the strengths of a public blockchain that builds 100% trust and security.

I’m sure by now you know Blockchain technology is revolutionary. It democratizes and globalizes financial transactions in ways that traditional finance and banks could never do. 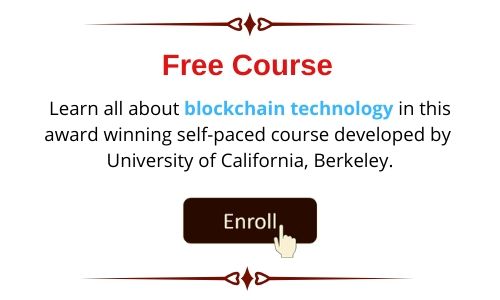 Priorities Set By VCs Are Different

I was reading an article recently by Alex Mashinsky and he’s talked about this likely come back of ICOs too. Here’s what he said…

Securing venture capital from well-respected investors lends tremendous credibility to any project, and startups are drawn to it like moths to a flame. Founders understand the competitive advantage that such a placement affords them in terms of publicity, contacts, facilities, etc. They concentrate on viral user adoption metrics and hyper growth because VCs encourage and reward them for doing so. Yet, this is the very thing that can lead a company astray. As they strive to deliver on those metrics, they may get blindsided, overlooking problems in their company’s culture and business models.

For example, Uber has spent billions of dollars on subsidies to disrupt the taxi industry and attract customers while paying their drivers less and less. Then they did an initial public offering in 2019, selling shares to retail investors who could not participate in the hyper growth. The main reason for the IPO was to give VCs and early investors liquidity before the music stopped. The business model of losing money on every ride hoping to make it up in volume could not be fixed by a fancy IPO, and so retail investors saw their Uber stock drop by more than 50%. Why? Because investors could not buy into the notion that they would miss the next big company. When you add up a bunch of small losses, you get one massive loss, not profit.

Not surprisingly, most VCs cashed out during the recent IPO wave of dozens of unprofitable, pumped-up companies. The stock for all of these companies later slid, hurting retail investors who did not get to capitalize on the pumped-up hyper growth and stories of the next Netflix or Google. VCs didn’t care because they got in (and out) just in time, as they did in 2007 and in 1999.

Like Uber, WeWork cared more about hyper growth metrics and shiny buildings than its customers, employees and — most importantly, perhaps — the sustainability of its business model. The company loaded up on easy VC money, but never even attempted to create a path toward profitability. Luckily for potential retail investors, the company never went public. WeWork’s CEO Adam Neumann was forced out, but netted over $1 billion in the process, leaving billions in losses and employees to suffer after the implosion as well as VCs like SoftBank to find a way to fix the broken business model.

At least now, the infamous failed WeWork IPO serves as a rude awakening to VCs. Many are forced to refocus on long-term profitability rather than on subsidizing growth to win market share because the public markets will no longer allow any new money losing companies to dump on retail investors.

Companies like DoorDash, Instacart and Robinhood, all of which planned an IPO in 2020, portrayed their market as implausibly big, telling tales of explosive revenue growth. So what if the founders realize at some point that their brilliant idea was not so brilliant after all? Like Adam Neumann, they will socialize the losses among their employees and customers while the VCs will bear not only the brunt but also the responsibility.

Ironically, in their hunt for rapid growth and market disruption at any cost, VCs are now facing true disruption upon their industry through the innovation of the initial coin offering. This innovation sprung from the world of crypto and blockchain, but its implications for venture capital will be immense.

How Are Token Offerings Different?

Because tokens are bought in by retail investors and consumers, it creates a strong built-in community that supports the ideas of the founders of the projects. I think this is the core difference. It can shift the focus back to core fundamentals of the business, sustainable profitability and products/ services that the company had originally planned, to make people’s lives better!

Let me explain. When a new startup goes out to get funds via a token offering, from the outset itself they are already going public, similar to an IPO. Which means, it had to prove itself worthy of investors time and money and if any trouble gets brewed and they don’t live up to their roadmap promises, they get busted. Labeled as a scam and never having a chance to ever come back in the scene. This brings me to share with you, about the ICO shams that happened in 2017. If you can remember, ICOs were mushrooming everywhere at a scale not seen in any crowd funding before. Do you know approximately $5 Billion dollars was raised by close to 706 projects? Despite most of them never showed any light of progress and were ranked as scam, a few did show some promise and made it out with profits for its token holders.

Today, ICOs are still declared illegal in many jurisdictions and startups are not allowed to raise funds via token offerings. But this is about to change in due time. With the impeding global economy lurking above us, many VCs have tightened their doors to funding. Startups will still need funding and a token offering V2.0 might just be what they are looking for.

What You Should Do To Prepare For ICO Version 2.0?

Don’t be too emotional or speculative when it comes to investing into an ICO.

Study the company’s offerings thoroughly and ask yourself, “does this really help make lives better?”. Here are some other questions to ponder on…

You’ve got to do your due diligence. You can’t just be putting in your hard-earned money on wishful thinking. And if you’ve decided to invest, simply ensure you’re putting in the amount you’re willing to lose because, there are NO guarantees of success with any startup or venture.

You’re the best judge for that.